This one was inspired by Kay Rumson http://kayerumson.blogspot.com and the pictures of Piscina Mirabile posted here http://magistraburke.blogspot.com.au/2012/08/where-would-vampires-hide-out-in-italy.html

The villagers had driven a stake through my heart, so the evening wasn’t off to a good start. I fact, it put me in rather a foul mood and accordingly, I momentarily lost my legendary calmness.

“Hey, fuck off! That really hurt, you bastard!”

Villagers. Hmph. Why don’t they just, you know, stay in the village? What is it about towering castles, thunder, lightning, and lashing rain, that makes them want to leave their homes and play the intrusive house guests in mine? Vlad the Impaler had a lot to answer for. Yes, that bastard. He had a stake in all this.

Seriously. Seriously! Some random food tube just hit me in the face with a garlic bulb. Tsk! Has ever a poor, innocent vampire ever been so put upon?  And then it came and my lip curled in contempt.

“Here, stop playing with your food!” she said. “I don’t know what’s to become of that boy.”

‘That boy’. The old biddy. I’m 300 years old! Well, in a few decades I will be, and she still calls me a boy. Look, I can deal with the fact that I’m forsaken by God. I can deal with the fact, sort of, that nighttime television has become as completely dire as I’m told daytime programmes are. I can even deal with the fact that not only can I not eat Italian food – which smells wonderful – but I can’t even eat Italians because of all the garlic they eat. What I absolutely cannot abide, though, is that I’m always the one getting stabbed and having things thrown at me.

I have a dog, after a fashion. He’s a werewolf, in fact, and we get along famously as long as he’s on a strong 10-foot chain and I’m 11 feet away. We got off to something of a rocky start, what with him trying to tear my throat out all the time, but I soon got him to see things my way. I just served up his food on a silver platter until he was too weak to cause me any harm, but I don’t think he’s ever completely forgiven me, though. Neither has PETA, for that matter.

How well I recall seeing their many promotional stunts, and one in particular. It was the one where several quite lovely young ladies lay nude on a tray, wrapped in plastic, as if fresh from the supermarket. I got online, went to the PETA site, and inquired about bulk purchase and home delivery. I still say there’s a market for it, even if they can’t see it.

Poor Wolfie, he’s led a hard life. I actually rescued him from PETA. There he was, shakily leaving a restaurant one night because he could feel the Change coming over him, and those PETA protesters had the audacity to throw red paint all over him. He grabbed one of them and dragged her into an alley, where I found him licking at her lady parts. A used sanitary napkin, hastily cast aside, was the source of his confusion. I tried to drag him off, but she told me not to be so impatient. Humans.

We muddle through, though. “Stiff upper lip,” as my mother says, and she should know, she’s had so much Botox  in hers it looks like a caterpillar had crawled across her face, died half way, and mummified.

“Owww!” Oh, for goodness’ sake! I just bumped into a fucking mirror! Again! It never ends!

My father, may the Devil keep and protect him, went out in a blaze of glory, so to speak. He opened the curtains one day. I tried to warn him that 12-hour clocks could be confusing but would he listen? No-o-oh! He’d had a lifetime of not listening to my mother, so he was something of an expert in that department.

I think I was something of a disappointment to my father. We had ‘the talk’, of course, when I reached puberty, but it was awful. He’d had 200 years to prepare for this so you’d think he might have rehearsed it a little. He told me about the birds and the bees but I just didn’t get it. I’d never seen any. Irritated, he told me about the bats and dung beetles, then. How well I recall pensively frowning, nodding, as if in deep thought. “So, what you’re saying, if I’m understanding this correctly, is that I should find a girl, suck the blood out of her, give her rabies, and bury her in the garden?” He went quite quiet after that, so I assume there is some truth in babies being found in the cabbage patch.

I remember my first sexual experience with some confusion. One night my father brought a blow up sex doll to my room and simply told me to go for it, so I did, but the puncture marks on her neck let all the air out. All that was left was a wrinkled bag with rubbery boobs and a vagina that flapped in the wind. It reminded me too much of my mother for me to have any desire for it.

So, tonight I’m off to Piscina Mirabile to meet the lads and have a few cleansing ales and a bit of a toke. We’ve heard there are tourists in town, so that should be lively, because everyone knows part of their travel and mating rituals involve the consumption of massive amounts of alcohol and mind-altering substances. It should be a good night, as long as Yorga doesn’t give it all away again. Honestly! No matter how many times you tell him not to spook the wildlife he insists on loudly humming the ‘Batman’ theme before we have a chance to swoop down and introduce ourselves. We’re all hoping to raise the funds to send him to Gotham City. They seem to enjoy that type of theatrical nonsense there. Even the police commissioner’s into it. 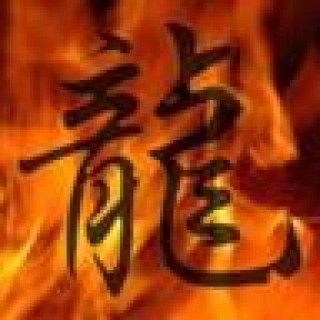